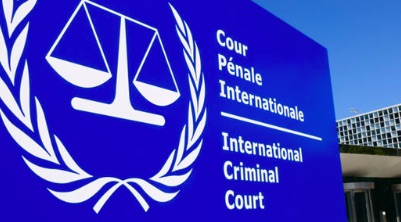 The request for an investigation was made by an entity which is not a sovereign state within the terms of the Rome Statute, under which only sovereign states may delegate jurisdiction to the Court over their territory.

Congratulations on your election as Chief Prosecutor of the ICC.  We are the Board members of the Friends of Israel Initiative, an independent body of former heads of government, cabinet ministers and others.  We came together out of concern for the unprecedented campaign of delegitimization against Israel waged by the enemies of the Jewish State and supported by numerous international institutions.

We are writing to urge you to re-evaluate the decision taken by your predecessor, Ms. Fatou Bensouda, to investigate Israel over "alleged crimes committed in the occupied Palestinian territory, including East Jerusalem, since 13 June 2014.”  As you are aware, the ICC's Pre-Trial Chamber recently adjudged that the Court has jurisdiction over these allegations.

The Friends of Israel Initiative has opposed this investigation since a preliminary examination was initiated at the request of the Palestinian Authority in 2015.  In addition to the substance of the allegations against Israel, which we firmly believe to be spurious, we have several other serious concerns.

Israel is not a party to the Rome Statute and has not consented to the Court's jurisdiction.  The request for an investigation was made by an entity which is not a sovereign state within the terms of the Rome Statute, under which only sovereign states may delegate jurisdiction to the Court over their territory.  This view is strongly supported by the government of the United States of America, as well as the governments of Rome Statute state-parties Germany, Austria, the Czech Republic, Hungary, Australia, Canada, Uganda and Brazil, as well as by leading international law scholars.

As you know, the ICC is mandated to investigate and try the gravest crimes of concern to the international community, as a court of last resort, when national jurisdictions are unable or unwilling to do so.  This does not apply to Israel, which has a long-established and internationally respected legal system with a track record of investigating such crimes and prosecuting individuals when appropriate.

In addition to these concerns over jurisdiction, we believe that, by commencing this investigation, the ICC would actively undermine the prospects for peace between Israel and the Palestinians.  Recent months have seen unprecedented progress in the Middle East peace process, with peace agreements signed between Israel and the UAE, Bahrain, Morocco, and Sudan.  Building on these developments, the new U.S. administration may now have an opportunity to further negotiations between Israel and the Palestinians.  For an international body with the prestige of the ICC to support the abrogation of the Oslo Accords and unilaterally endorse one side's claims in a bilateral dispute would cripple the likelihood of future negotiations.

Finally, we have profound concerns over the effects of such an investigation on the ICC's judicial integrity and, therefore, on its mandate of achieving international criminal justice, which is of the utmost importance in an increasingly turbulent world.  It is essential that the Court continue to observe the tenets of international law scrupulously, to operate within the mandate proscribed for it by the Rome Statute, and to avoid acting through political motivation or through the appearance of such. We believe that pursuit of this fundamentally flawed investigation jeopardizes all of these objectives. We agree with the words of the ICC Pre-Trial Chamber's presiding judge, Peter Kovacs, who wrote: "I find neither the Majority's approach nor its reasoning appropriate in answering the question before this Chamber, and in my view, they have no legal basis in the Rome Statute, and even less so, in public international law."

We wish you every success in your new role as ICC Chief Prosecutor. We are also willing to provide advice or assistance should you wish.