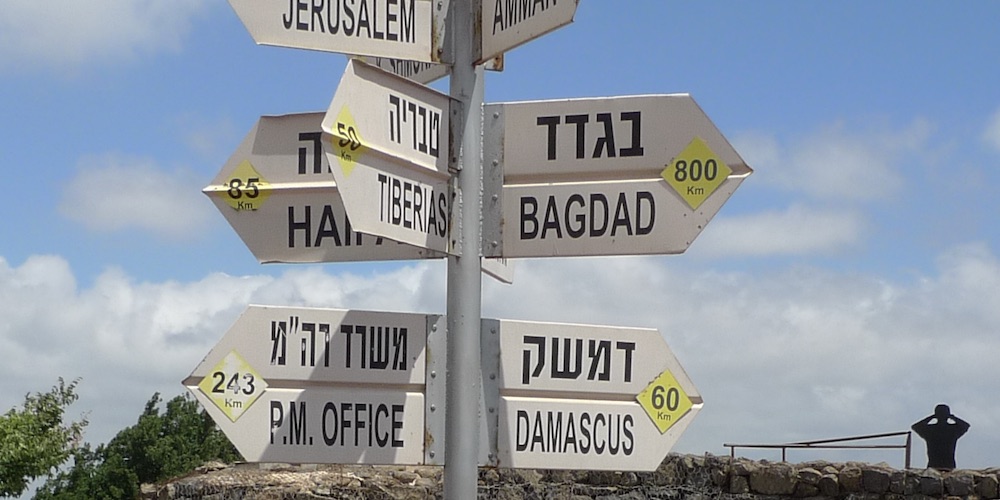 US President Donald Trump announced Thursday March 22 that the time has come to recognize Israeli sovereignty over the Golan Heights.

We, the Friends of Israel Initiative (FOII), congratulate President Trump’s brave decision to recognize Israel’s sovereignty over the Golan Heights. As the US President stated, and as we have claimed over the last years, this is the best possible option for the security of Israel and for the stability of the whole Middle East.

At the Golan Heights Israel is currently facing Hezbollah and Iranian-proxy forces deployed in Syria to support Assad’s regime; returning the sovereignty of the Golan Heights to Syria would be open a door to these forces to start a war of annihilation against Israel. A war that would extend its consequences all over Europe. The US, and the West, cannot permit Israel’s enemies to be at its gates.

Now, it is the time for the rest of the Western nations to take example from the US. As FOII’s Board Members Rafael Bardaji and Colonel Richard Kemp pointed out: “Recognition by the international community would not encourage wars of aggression but, on the contrary, would deter them. Returning the Golan Heights to Syria would not only endanger Israel and against their will consign the 25,000 Druze living there to the depredations of President Assad; but it would also send the message that an aggressor has nothing to lose as there is no territorial price to pay for its violent actions.” (The Telegraph, October 2, 2018)

There is no country more reliable than Israel in the Middle East. Israel is the best partner to stabilize the Middle East and recognizing its sovereignty over the Golan Heights is a good start.

Congratulations Mr. President, you have done the right thing.