A third Lebanon war looms: To stop it, US must curtail Iran, sanction Hezbollah 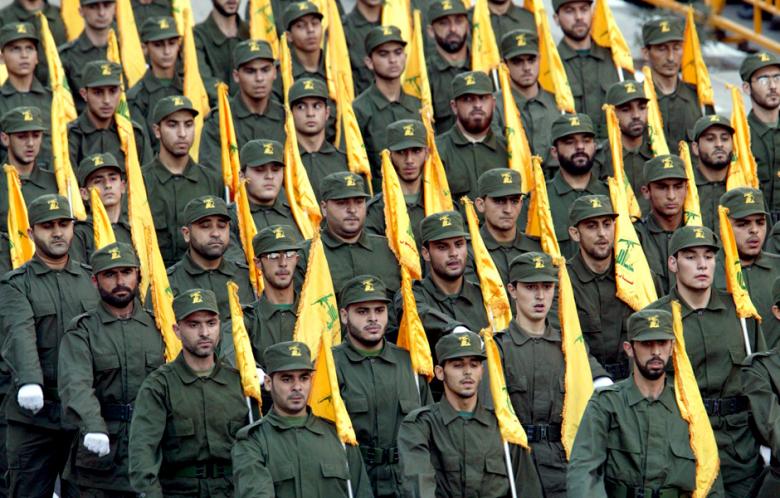 America and her allies must stand with Israel, clearly and vocally, making clear that Iran and Hezbollah's campaign of terror against Israel will be met by an insurmountable response, politically, and if unavoidable, by Israel's fully legitimate military reaction.

While there have been many losers from the Syrian civil war, the Lebanese terrorist organization Hezbollah has emerged as an undisputed winner, making significant advances in its military capabilities. This development, along with the impetus of Iran’s nefarious regional role — now explicitly recognized by President Trump’s new policy as an urgent challenge — poses a severe threat to an already deeply unstable Middle East. Left unchecked, it is likely to prompt a third Lebanon war — one that would be worse than anything we have seen previously.

Since the 2006 Second Lebanon War with Israel, Hezbollah, the crown jewel in Iran's strategy of regional warfare by terrorist proxy, has been unwavering in its determination to reconstitute itself as a viable military force in Lebanon. By subduing the Lebanese population and infiltrating the Lebanese Armed Forces (LAF), the group has resurrected its military presence across the country, especially in the south.

In addition, by prioritizing the acquisition of a sophisticated arsenal comprising well over 100,000 rockets and missiles of ever increasing accuracy, Hezbollah has equipped itself with the capacity to strike strategic targets throughout Israel, including threatening the security of her energy supply chain. Most alarmingly, Iranian assistance has left the group on the cusp of being able to manufacture sophisticated missiles, rather than rely upon covert shipments.

Yet Hezbollah has evaded oversight of its rearmament efforts, by hindering and intimidating the work of peacekeepers operating as part of the United Nations Interim Force in Lebanon (UNIFIL).

Neither Iran nor Hezbollah have any remotely credible reason for their enmity of Israel today — yet they are engaged in an implacable campaign of deadly hatred animated by their version of radical Islam. Hezbollah additionally has to explain to the Lebanese population it claims to represent why it has been killing Muslims in Syria at a furious pace. The best way to close this credibility gap is to attack Israel. Both Hezbollah Secretary General Hassan Nasrallah’s rhetoric, and his terrorist operatives’ actions on the border with Israel confirm this.

Our new report into the situation for the High Level Military Group makes clear that as a result of these developments Israeli officials are prepared for a renewed assault from Lebanon. They left us in no doubt that Hezbollah’s capabilities today mean Israel would be forced to take drastic action to protect its civilian population.

Far from the maligned status ascribed to the IDF by a global campaign of delegitimisation, we are satisfied that Israel would act in accordance with the legal and moral standards our own militaries adhere to. But we also understand that the legitimate military objectives in such a conflict would make for a very grave war. As a matter of deliberate strategy, Hezbollah hides its operatives, weapons and other military assets among the civilians of Lebanon, a war crime that exposes the population to extreme danger in case of conflict.

As we have been urging since our fact-finding earlier this year, it is imperative the United States and her allies take clear and immediate action to avert a new war ahead of time. Sharp diplomatic pressure must be brought on the authorities in Lebanon, whose president recently described Hezbollah as “an essential part of Lebanon’s defense.” Severing the Lebanese state’s connections with Hezbollah, especially those maintained by the Lebanese Armed Forces, should be a priority.

Future economic assistance to the country should also be made dependent upon that condition being fulfilled, and economic pressure must attend diplomatic efforts. Thus, we welcome the renewed efforts by the administration and in particular the bills before Congress likely to be voted on this week to curtail Hezbollah activity as essential first steps in preventing a further deterioration in the region. Moreover, the administration should urge the EU and allied European countries to urgently consider similar steps.

Crucial to success is also that the United States and her European allies effect an improvement in UNIFIL’s performance. Despite small steps made earlier this year, international monitors remain unable to monitor Hezbollah activity effectively, and violations of the applicable resolutions are multifold.

Finally, America and her allies must stand with Israel, clearly and vocally, making clear that Iran and Hezbollah’s campaign of terror against Israel will be met by an insurmountable response, politically, and if unavoidable, by Israel’s fully legitimate military reaction. Such a deterring message will contribute more to peace now than lamentations once hostilities have been instigated by Hezbollah.

General Klaus Dieter Naumann is the former Chief of Staff of the Bundeswehr and Chairman of the NATO Military Committee. General the Lord Richard Dannatt is the former Chief of the General Staff of the British Army. They are both members of the Friends of Israel Initiative-sponsored High Level Military Group which will launch its latest report into the threat from Hezbollah October 25.